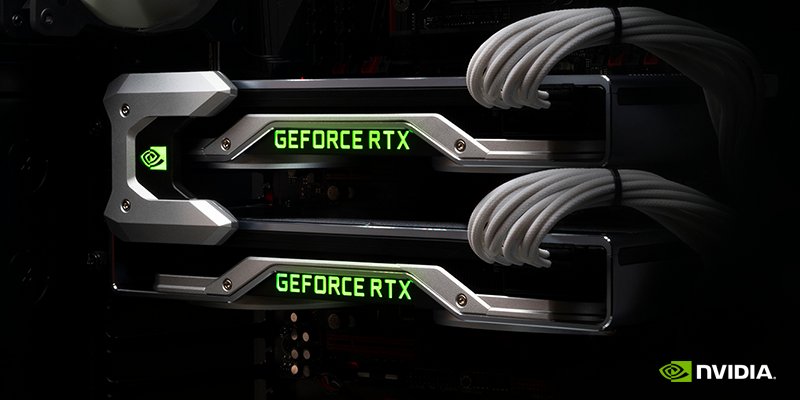 The appearance of the NVIDIA NVLink connector, as a substitute for the traditional SLI connector, in the new NVIDIA GeForce RTX 2000 graphics cards, has made an enthusiast wonder why the change and if one technology is better than the other to play. In this tutorial we will explain both and we will be able to see, with data, which of the two is better.

Before getting into the matter, it would not hurt for us to explain the differences between the NVIDIA NVLink and the SLI. The SLI (Scalable Link Interface) is a technology that NVIDIA brought to the market in 2004, which is based on the Scan Line Interleave technology developed by 3dFX for its Voodoo 2 graphics cards. Ideally, this technology allows the burden to be distributed of work between several equal graphic cards, being able to multiply the capacity of general computation of the system.

In an SLI configuration, there is a graphic card, which acts as a Master, being the rest of the configuration, slave cards, to which the master card directs. However, an important drawback of this technology lies in the bandwidth available for the graphics to share information. But, above all, there is the fact that it is a unidirectional bus. This fact creates a series of latencies in the system that mean that, as the number of cards on the bus increases, the increase in power decreases proportionally. Comparison of performance between NVLink and SLI

The NVIDIA GeForce GTX 1080 Ti, Quadro GP100 and Quadro GV100 graphics cards have been used to compare the performance between NVLink and SLI. In the case of these last two, both the SLI mode and the complete NVLink mode have been used, since these professional graphics cards support both modes. As we can see, between the graphics cards with similar architectures, such as the GeForce 1080 Ti and the Quadro GP100, there is hardly a big difference in the performance in the games between the SLI and the NVLink, except in the case of the game Far Cry 5, which presents a quite spectacular performance increase. But the general trend is that there is practically no increase in performance between both technologies. This would confirm NVIDIA’s claim that the difference in performance of graphics cards in multi GPU configurations between SLI and NVLink is minimal, as demonstrated by the results obtained in the benchmarks.