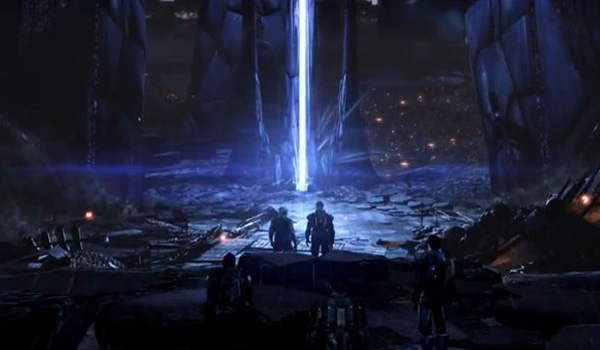 Today Bioware and EA talked about the upcoming DLC that will come free (yes, you read that right) with an extended version of the ending which will give a better context and clarity, this time hoping to please its fans.

Bioware and EA announced that this is not be a different ending, but it will be an extension of the final events in a new greater kinematic clarity of its ending, trying to eliminate Plot Holes that this had. Shepard’s role in these new cinematic is doubtful, According to Kotaku because the actress who does the voice to the female version of our Commander has not yet been contacted nor has Bioware said anything about the new cinematic ending. But this does not mean she will not be contacted in the future as there is still much time for the launch of this new DLC, which will be released in mid-year. all know the controversy that has generated the end of Mass Effect 3 (if you have finished I advise you to stop here) , which in the end the only thing that changes is the color of the explosions, poor explanation was given about the Reaper invasion, the fact that Normandy was somehow escaping from the war and was caught in the explosion.

What happened to all the military fleet that was fighting the reapers? Did they all live on earth or the planets of the solar system? What if they they managed to stock up

Personally I must say I liked the ending (and I imagine the fans anger growing ahaha say such a thing), but I understand all the inconsistencies and agree with several arguments that have to criticize this ending. I do not consider it an excellent finish, I think it’s actually far from it, but I understand why Bioware decided to go with such an ending ( EYE I’m not trying to justify anything, I’m just giving my assessment). I think they wanted to tell the story that no matter how you fight.

Well, that’s what I think about the ending but I want to know more what you think and would you like to see in the new final scene that will come in mid of this year. 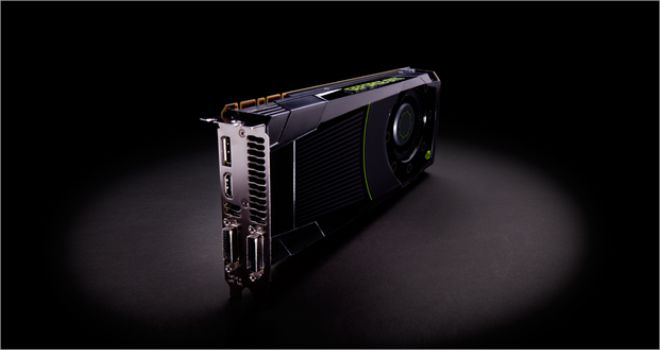 The Nvidia Geforce GTX 680 GPU is the first desktop GPU architecture based on Kepler and built on the GK104 core, and though it has few weeks before being launched, Nvidia plans to launch a second GPU based desktop GK104, which probably will be called Geforce GTX 670 Ti.

In the new Geforce GTX 670 Ti GPU will be based on a shortened version of the GK104 core, which has disabled a SMX (Next Generation Streaming Multiprocessor), leaving a total of 1344 shaders. We have prepared a table of all the known specifications of the GeForce GTX 670 Ti: 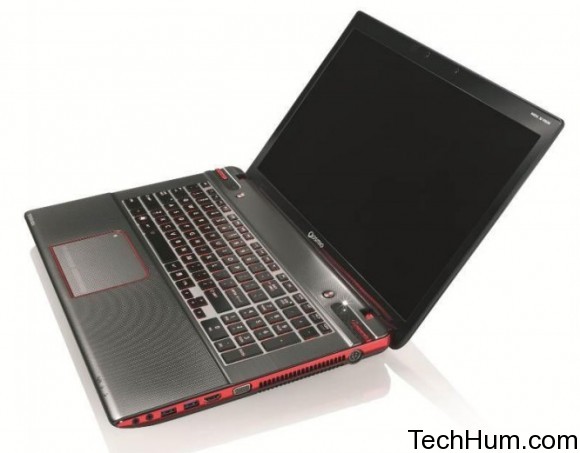 The company Toshiba is not going to leave out one of its most important series and that is why they are bringing out a new model for computer gamers. The new Toshiba Qosmio X870 is a laptop that has a diagonal shape but acceptable, measuring 17.3 inches. Given these measures, there is more to this laptop and more of a desktop than an ultrabook that can be comfortably taken anywhere. In addition, the display has a 3D technology, the new Nvidia 3D Vision technology with 1080p resolution.

The rest of the performance of this laptop will match the quality of the screen, and you can not do the same thing on an ultrabook, due to its powerful processors including the latest generation from Intel, along with Nvidia graphics that have not yet been specified, but also claims to be next generation. The hard disk that has a combined SSD and 2TB of space.

The equipment can be configured with a Bluray drive, and other multimedia services such as Harmon Kardon sound and connectivity through USB 3.0 ports, four of them, an HDMI port and Wi-Fi. For players it adds a full keyboard backlit in red. It was not immediately known the release date and price of the laptop however. 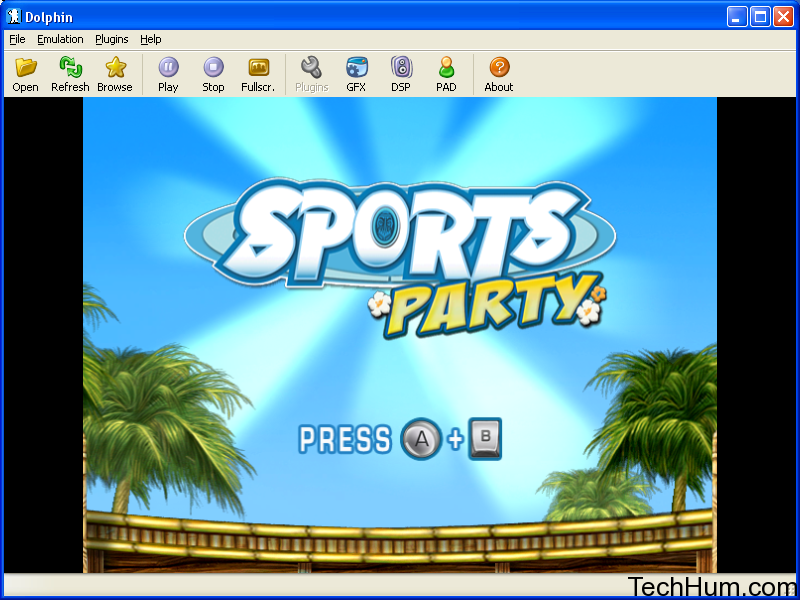 Exactly three years or so ago the Wii was the best selling console on the market due to its low cost compared to its competitors (PlayStation and Xbox). That is why if you want to play the wii from a PC one option is Dolphin.

Dolphin is a free emulator that will work with the famous Nintendo Wii console. So no need to have the console or if it does not work well you can still run the games from your pc. Just have to have the game in. Iso or dvd format to be able to run them without any problems. Some of its features are:

Perhaps it is best that we can exploit the architecture of our pc a part of of it working on Windows, Mac OS or Linux, they run on both 32 and 64 bits. Remember that if you have a 64-bit architecture and want to install the 32 bit version you can install it without any problem but obviously you will not get the same performance.

The minimum requirements of Dolphin are:

* Note: I always recommend that this type of emulator runs on a PC that exceed at least the minimum specifications mentioned. If you run it with very tight resources, you could have problems such as slow down it might even cause failures and make your PC reboot and ofcourse you may get the famous blue screen of Windows, if you are using Windows of course.

Here’s an example of how it works by Dolphin Youtube video:

In short, it can try to replace the Wii to play their games on a PC.

Let us know what you think. 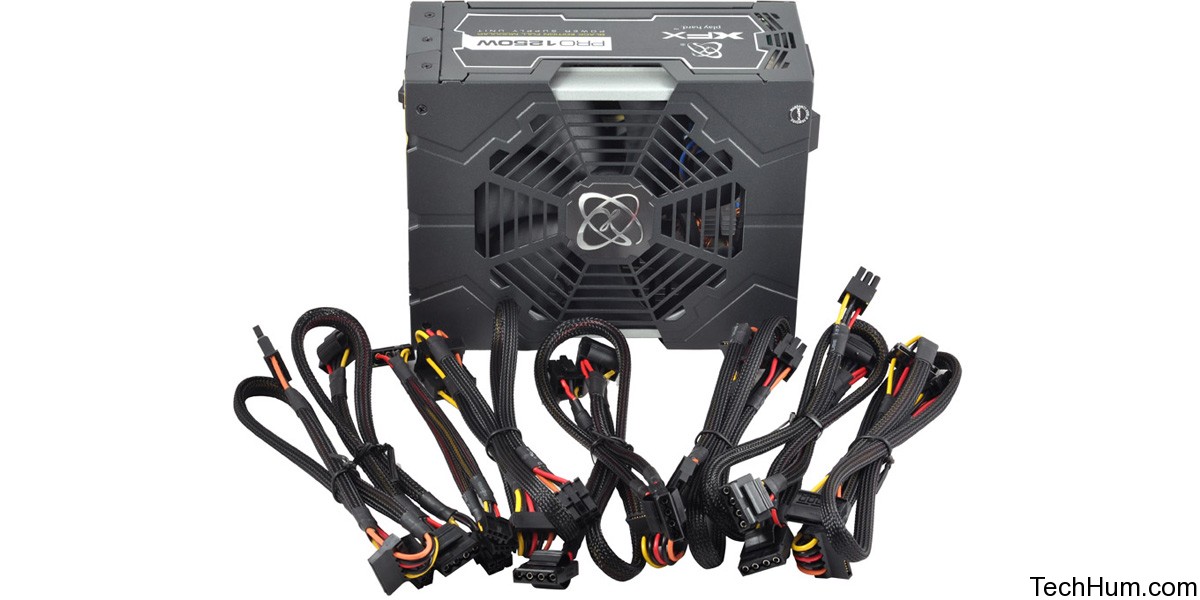 First off I must say that this power supply simply looks stunning, the PRO1250W Black Edition looks sturdy, and another great feature is that it comes with lots and lots of cables and probably the most important feature is its power 1250 W to be exact great for overclocking, running crossfire or SLI setup.

Chances are if you are running this power supply you probably won’t even be using half of its power this was the case with my current setup in on I7 920, overclocked to 3.6 running a 6970 GPU but so far has been working just fine and the fan only comes on when  gaming heavily and for this there is a hybrid fan control that will adjust to your current system settings and requirements so you can have peace of mind. Cons
Need to have the room in your case since it is a bit long. 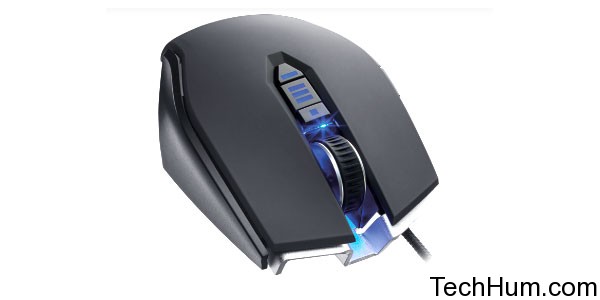 The Corsair M60 is, perhaps the best gaming mouse ever well that I may have used at least.

Over the past few years, I have been using the Logitech G9 gaming  mouse, and I was a bit intrigued if the Corsair M60 would be better than this mouse.  I’ve now been using the Corsair M60 for a couple weeks now.  Some of its best features include a very nice grip on each side of the mouse, this is essential when gaming when you need to have a good hold of your mouse, another nice feature specially for FPS games is the sniper button that when you press it down it actually lowers that DPI which will be great for accuracy. However you don’t need to worry as it is not an inconvenient location  it is close enough but not so close that it’s going to affect your gaming. Let’s talk a little bit about the design, as soon as unbox the mouse you will notice it has a nice solid aluminum unibody, which not only looks great but it gives it a solid look and feel, the mouse itself is not very heavy yet it is not very light either it seems to be a perfect mix and it has  aluminum weights that can be adjusted to find that perfect gaming experience. I’ve tested this mouse with games such as crisis, Battlefield 3, modern warfare 3, and many others and I can truly say that this is perhaps the best mouse out there in terms of gaming.

Overall, I found this mouse to to look very nice from the outside and provides very accurate shooting for front shooter games and more importantly it is very durable and believe me your friends will be jealous. The only issue I have with this mouse has to do with the fact that the drivers aren’t very good out of the box  now don’t get me wrong the mouse will work right out of the box 100% but it just will not feel that good right away however you just need to visit the Corsair website and download the latest drivers. 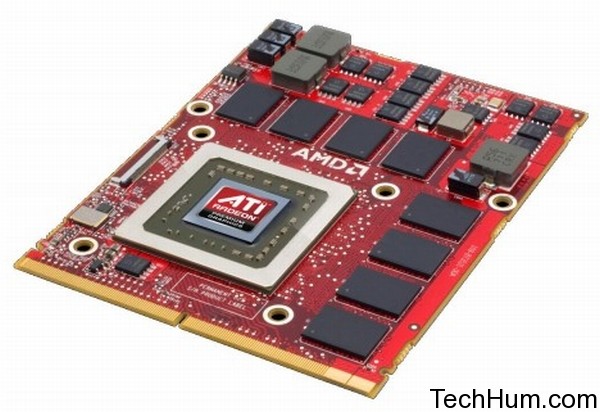 Previous leaks of AMD graphics drivers left it quite clear that the new generation of GPUs the company will use the name HD 7000, but the leakage produced Catalyst 8.91 has been such that it deserves to be seen in detail.

You can check the list on this link to Vr-Zone, but let us remember a little the meaning of the terms added to the nomenclature of each model. The letter A is to be used in APUs, while Pro and XT version is identified as “low end” and “high end” of a single GPU respectively. Finally, the distinctive XTX has been recovered from the ATI X1950 that will recall more than one, were characterized by using GDDR4 memory.

With this leak it seems pretty obvious that AMD will first launch its new mid-range graphics cards. This mid-range will be based on the VLIW 4D architecture and the new GCN.

The Sony PlayStation 3 Move Starter Bundle Kit is based on a camera based motion control system. It features a facility to play HD motion control gaming. Sony comes with a colour changing controller that adjusts according to the situations. The machine can easily control XMB. It is available on a replay value. 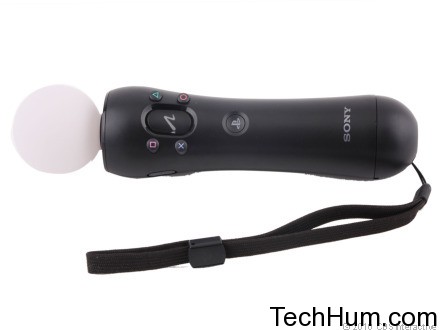 The Sony PlayStation 3 Move Starter Bundle Kit is based on a camera based motion control system. It features a facility to play HD motion control gaming. Sony comes with a colour changing controller that adjusts according to the situations. The machine can easily control XMB. It is available on a replay value.

The Sony PlayStation 3 Move Starter Bundle Kit works on constant calibration. It is based on a camera limits movement. The users will receive a user-friendly diary. There are several select buttons such as Move Controller as well as an USB port in order to make navigation or operation faster.

1. The Move controller is constructed with a rubberised ball located on the top that help the users in switching colours through LED lights situated at the bottom. It is also included in the remote control.

3. There is also a USB port in order to provide extra slots for connectivity purposes.

1. The Sony PlayStation 3 Move is capable of providing motion controls in a game. The Move support brought an impressive touch in the games.

2. The users will find impressive gaming facility. The gaming experience will impress the wider audiences. It makes playing more entertaining and enjoyable.

3. The Sony PlayStation 3 Move Starter Bundle Kit offers several production features of sports. It includes a wide range of avatars to choose from. From graphical point of view, the users will find games impressive as when sports are concerned.

The Sony PlayStation 3 Move Starter Bundle Kit features a Move controller along with a PlayStation Eye and Sports Champions. The whole package is available for $100.