4K gaming is on the rise but some hard core gamers are still holding out waiting for 4K 144Hz monitor as it turns out the new NVIDIA G-Sync HDR monitors with 4K at 144 Hz, have now made this a possibility to reach the 144 Hz refresh rate through manual OC, since its refresh rate is 120 Hz Inside these monitors we find the chip that makes possible the use of NVIDIA functions. Inside the monitor we find an FPGA manufactured by a company that is owned by Intel, Altera.This model has a high performance chip that is manufactured in the 20 nm process and provides the necessary broadband to process the data of graphic cards. This chip is not exactly cheap, and this may be one of the main reasons for the excessive price that cost roughly 2600 euros or around $2,000. Considering that the company will buy it on the order of thousands, a single chip may cost $500 dollars. This module has 3 GB of DDR4 memory to supply the necessary performance to the FPGA.

Its also reported that NVIDIA is working to bring 65? BFG (Big Format Gaming) displays which will be using the same modules to give true HDR playback in gaming and movies.

Microsoft and Razer could be collaborating in the development of the necessary technology so that the Xbox One will be able to support the simultaneous use of a keyboard and a mouse, something that Microsoft has been saying for years that it was going to be done.

However, the use of these peripherals would be unfair to the rest of the gamers of the console. Microsoft has been promising for many years that the Xbox One console would have support for the use of keyboard and mouse. With years of nothing to show for, most users had already given up and the task was deemed as impossible, in reality, this news is nothing more than sweet words from the company to continue generating excitement with their games and their hardware. And it is clear that the arrival of the support of these peripherals, could change the whole landscape of use of this console.

According to Windows Central

Interestingly, in the case of these peripherals, the Xbox One will only support one keyboard and a mouse, unlike controllers, of which the console is capable of supporting up to 4 of them simultaneously. 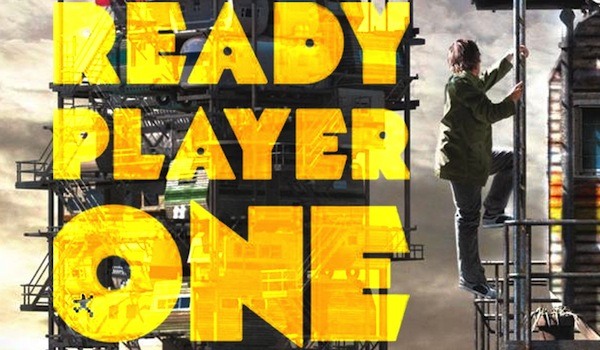 The film adaptation of Ready Player One keeps getting closer. Here the second trailer of the new film by Steven Spielberg. Ready Player One became a reference novel for anyone who grew up in the eighties, fond of video games, movies, comics and, in general, pop culture. The work of Steven Cline caused a stir in the publishing world and the film adaptation was only a matter of time.

According to the Verge it is set in a massive virtual reality world called OASIS, Ready Player One follows Wade Watts, a teenager who spends his time searching for three hidden Easter eggs left behind by the system’s founder.

As you know, this is the responsibility of Steven Spielberg himself and Warner Bros who now have released a new trailer today. In it we can see much clearer elements and the film seems to mix elements of the books with much, much, new content. This may not convince staunch fans of the literary work but because of difficulty in adapting according to what passages or licensing problems with multiple references, it seems a necessary evil.

In the film we can see Tye Sheridan, Olivia Cooke, Mark Rylance, Ben Mendelsohn, Simon Pegg, Hannah John-Kamen, Lena Waithe and TK Miller and will hit theaters next March 30, 2018. A date to mark for any fan of science fiction. Nvidia has unexpectedly announced “the most powerful PC GPU ever created,” the Titan V. At the 2017 Neural Information Processing Systems conference, company CEO and founder Jensen Huang took to the stage to show off the card, which is based on the company’s Volta architecture.

The GV100-powered Titan V, which is fabricated on a new TSMC 12-nanometer FFN high-performance manufacturing process, is available today for $2,999. It features 110 teraflops of raw performance, 21.1 billion transistors, 12GB of HMB2 memory, 5120 CUDA Cores, and 640 tensor cores. Nvidia says it has nine times the horsepower of its predecessor, the Pascal-based Titan Xp. If you enjoyed the original L.A Noire for the Xbox 360 or PS3, you’re going to enjoy this next story. Apparently the game is making a comeback for new generation consoles.

If you were hoping this news was about a sequel to L.A. Noire you’re going to be disappointed. It’s not happening. However, Rockstar is bringing back its detective drama in a big way with three brand new versions, all arriving November 14.

The third iteration of this L.A Noire revival is for PS4 and Xbox One. It’s the original game and all its DLC but in full 1080p HD on Xbox One and PS4, and 4K on PS4 Pro and Xbox One X. According to Rockstar, you can expect “a range of technical enhancements for great visual fidelity and authenticity, including enhanced lighting and clouds, new cinematic camera angles” and more.
[via] Good and bad news for those of us wanting to play Gears of War 4 in glorious 4K as Microsoft has hinted that we will require some super high end hardware to achieve this.

While you can get by on mid-range 2014 hardware as a baseline, the “ideal” experience (effectively, 4K) demands both a high-end AMD FX or Intel Core i7 processor as well as one of the highest-end graphics cards in recent memory, such as a GeForce GTX 1080 or a Radeon R9 Fury X. You’d better have splurged on your system in recent months, in other words.

The steep demands aren’t entirely surprising. PC hardware has only just started making 4K playable without resorting to multi-card graphics, and it’s going to be a while before that kind of horsepower filters down to the mainstream. Even the latest low-cost cards, like the GeForce GTX 1060 or Radeon RX 480, fall short of being fast enough for that kind of pixel count. Look at it this way, though: this could be the excuse you need to buy a long-overdue system upgrade, and you’ll have a reason to revisit the game if you have to “settle” for a lower resolution on launch day.

Thanks to a glitch from an internal project at AMD (particularly Evan Groenke), sources have confirmed that the current Polaris 10 GPUs will offer unlock able potential, that means that the next graphics cards, the AMD Radeon RX 490 will be based on the Vega AMD architecture.

PCGamesHardware was also able to interview an AMD worker, who was quite blunt in his response when asked if Polaris 10 GPUs had more potential to run unlocked.

“I can categorically confirm here and now that Polaris 10 is a chip in its complete version, with its 36 Compute Units, and has nothing more hidden, you can not unlock anything else. These video cards are the best we can offer today based on Polaris 10 architecture.”

This, of course, leaves little room for improvement. There is already talk of a hypothetical Radeon RX 480X instead of GDDR5 memory in GDDR5X, something that has a good chance to happen, but what seems clear after the latter’s reply from AMD is that we will not see versions with more CUs or anything similar. It is also postulated, following the usual nomenclature of AMD, a Radeon RX 485 that will be nothing but an update of the current RX 480 with its a “tuned” GPU  to improve performance.

If you’re an Elder Scrolls fan or just happen to enjoy playing Fallout 4 you will be pleased to know that The Elder Scrolls 6 may be shown at this years E3 that will happen in June 2016.

Pete Hines, VP of Press Release who works at Bethesda however remained silent on the matter, but other sources claim that for sure The Elder Scrolls 6 will be shown at E3. Emily Rogers who is pretty reliable when it comes to all things Nintendo recently debunked a rumor that the upcoming NX console will feature a x86 architecture. Rogers claims she’s made contact with various people and is pretty confident that “NX is not using x86 architecture like PlayStation 4 and Xbox One.” This means Nintendo will be heading its own route again, possibly missing out on developers who would have easily ported games to the NX console.

Rogers says “The NX has special, custom-made chips and the overall design of the hardware is very modern. The chips are industry leading because they are very modern chips, but having modern chips doesn’t necessarily mean Nintendo is aiming to create the most powerful hardware on the market.” The upcoming Nintendo console, codenamed NX, will launch in March 2017

Nintendo's next console, codenamed NX, will launch in March 2017.

With the release of the GeForce GTX 1080, a lot of people seem pretty excited about its future arrival specially the $600 starting point.